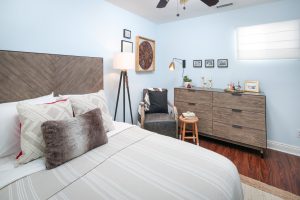 BlindsChalet.com was focusing on the windows as a partner in Season 8 of OWN Network’s award-winning show Home Made Simple with Laila Ali. Details below.

At Blinds Chalet we are dedicated to focusing on the windows, and we have a history of success! Consider this a bit of a highlight reel featuring various projects and collaborations throughout the years that we found inspired homeowners and designers to expect the best for the window treatments they installed in their homes and offices.

A History of Success: Focusing on the Windows with Own Network

Own Network, Home Made Simple Episode 808 Summary: The Home Made Simple team looks for creative ways to tackle household projects that tend to spend far too much time on the “to do” list. Each Home Made Simple episode is designed to provide inspiration to help get DIY projects started around the house, point out great ways to save money and maximize a limited budget, and suggest time saving techniques. In this episode of the award-winning home improvement show, Home Made Simple, Own Network designers focused on two amazing sisters. After Ami was diagnosed with cancer, her sister Boots moved in to be there for her and provide any help she might need. Ami has a rock-n-roll home decor style, that just didn’t suit her sister’s style at all. The Home Made Simple team decided to do something about it, so they arranged a surprise! The team managed to coordinate a “switcheroo” with each sister working on redecorating the other’s room and as part of the process, the team chose new window treatments to install from the wide variety offered at BlindsChalet.com. The result? It’s been called one of the most amazing makeovers of the season. 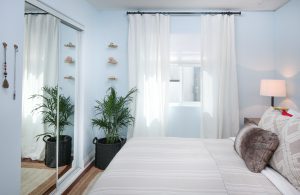 The two sisters in this episode did a bedroom decor “switcheroo” and the team helped each of them redecorate the other’s room! 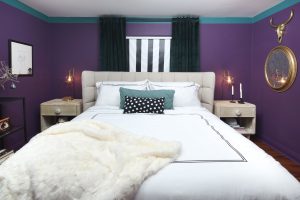 The two rooms were drastically different because they each reflected the personal style and taste of their owner. The project was a huge success!

A History of Success: Focusing on the Windows with Sabrina Soto on the Rachael Ray Show

When the Rachael Ray Show called to talk to us about Urban Word Literary Arts & Youth Development Center, a youth development center in New York in dire need of a remodel, we were happy to provide window treatments for the planned 48-hour transformation project. Blinds Chalet provided the Rachael Ray team with Smart Weave 5% Solar Screen Roller Shades in Alabaster to install in the workshop’s four large windows. Sabrina Soto (lead on the project) chose Alabaster to create a contemporary look and she chose to go with the 5% so students visiting the facilities to see out over the city without restricting the light entering the room. The solar screen shade also benefits the facility by helping maintaining the temperature of the space and blocking cold or hot air from entering the classrooms through the windows. Sabrina Soto redesigned the entire center to create a more functional, modern space for the non-profit and the youth they serve. The final reveal of the youth facility’s new space was stunning!

For more information about Urban Word or the 48-hour transformation project with Sabrina Soto and the Rachael Ray Show, visit BlindsChalet.com.

A History of Success: Focusing on the Windows with Queer Eye for the Straight Guy 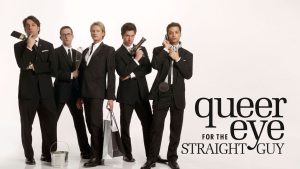 The original cast of Queer Eye for the Straight Guy – full episodes streaming on Peacock.

Bravo Network, Queer Eye for the Straight Guy, Season 3, Episode 1 Summary: Now often referred to as the “original” Queer Eye for the Straight Guy, the tv show was a ground-breaking phenomenon in the early 2000s. In the premier of Season 3, Carson (the “Fashion Savant”), Kyan (the “Grooming Guru”), Thom (the “Design Doctor”), Ted (the “Food and Wine Connoisseur”) and Jai (the “Culture Vulture”) focus on their exquisite makeover skills on Kevin Millar, Johnny Damon, Tim Wakefield, Jason Varitek and Doug Mirabelli of the Boston Red Sox. One reason behind the stand out episode was to raise money for a Florida Little League team whose ball field was destroyed by a hurricane. The episode featured a look into the Red Sox clubhouse, a spa day for the five Boston Red Sox players, and ended in in an exhibition game with awe-struck Little Leaguers, who got to play ball with the TV stars from Queer Eye for the Straight Guy and the Sox players. Blinds Chalet was able to assist in the transformation by providing the new window treatments for the rebuild of the Little League team’s field, and outlying buildings during this stand out episode of the popular reality tv show.

A History of Success: Focusing on the Windows with John Gidding

The John Gidding Collection was a popular product collaboration designed to make is simpler to find high-quality window treatments that suit your lifestyle and your space simpler. The exclusive window blind and window shade designs combined the practical with the aesthetic by offering evocative options to enhance that also considered the practical uses of living spaces. The John Gidding Collection re-imagined the fundamentals for windows to help you tell your home’s story pulling patterns from Turkish rugs, seam details inspired by Saville Row, and a wide variety of color palettes to suit every taste from traditional to timeless to trendy.

Stay tuned for more projects and collaborations with the designers and Influencers you love, and if you have suggestions or requests regarding someone you’d love to see us feature, get in touch! And, as always, for all your blinds, shades, and shutters needs, head straight to BlindsChalet.com where you’ll find a history of success focusing on the windows.